Burning 1 ton of waste tyres produces about 450 kg toxic gases. The damage to the environment is obvious. Performing pyrolysis of scrap tyres saves the environment and gives yield to valuable materials.

Pyrolysis gas condensation and oil recovery Pyrolysis gas can be condensed recovering pyrolysis oil. The recovered oil usually has specific gravity about 0.91-0,94 kg/cm3, quite high sulphur content (0.6-1%) as well as the residual carbon content. This oil should be further refined prior to be used mainly as heating oil.

Another issue related to the scrap tyres pyrolysis is a pyrolysis carbon black (CBp). Tyres from different manufactures have different composition.

Consequently the resulting pyrolysis carbon black will also have a variable composition. Moreover, according to International Carbon Black Association (ICBA) this product should be rather called a black carbon. Carbon black is chemically and physically distinct black carbon, with most types containing greater than 97% elemental carbon arranged as aciniform (grape-like cluster) particulate. On the contrary, total particle mass of black carbon is composed of carbon, depending on the source and characteristics of the particles (shape, size, and heterogeneity). After separation from non-oxidized steel wire, solid residuals from the pyrolysis process should be further treated to reach the quality of the commercial grade carbon black. As reported most of the performance degradation was due to larger, hard and dense particles which formed when carbon particles fused together during pyrolysis. Instead of agglomerated carbon black clusters, these particles became more graphitic in character. Since these particles were more dense, it was possible to air classify and separate the two types of particles. As expected this product can be used as filler e.g for asphalt, in low/medium grade technical rubber products or source of energy at the pyrolysis plant.

From time to time there are reports of about quality oil and CpB achieved by tyres pyrolysis but so far this information is yet to be really proved.

Tyres pyrolysis and direct electricity production Rubber (tyres) has a higher calorific value which favours to pyrolysis of scrap tyres through pyrolysis gas oxidation and direct electricity generation. In this case certification of oil and CBp products will also not be required. Solid residuals will be further processed at the pyrolsyis plant generating more high calorific gas. In both cases non-oxidized metal will be a by-product. 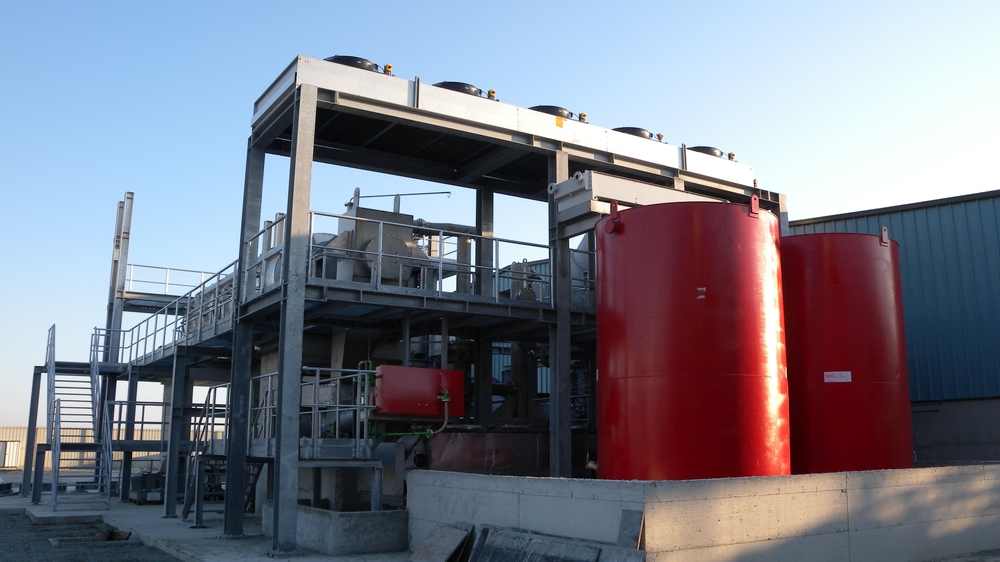